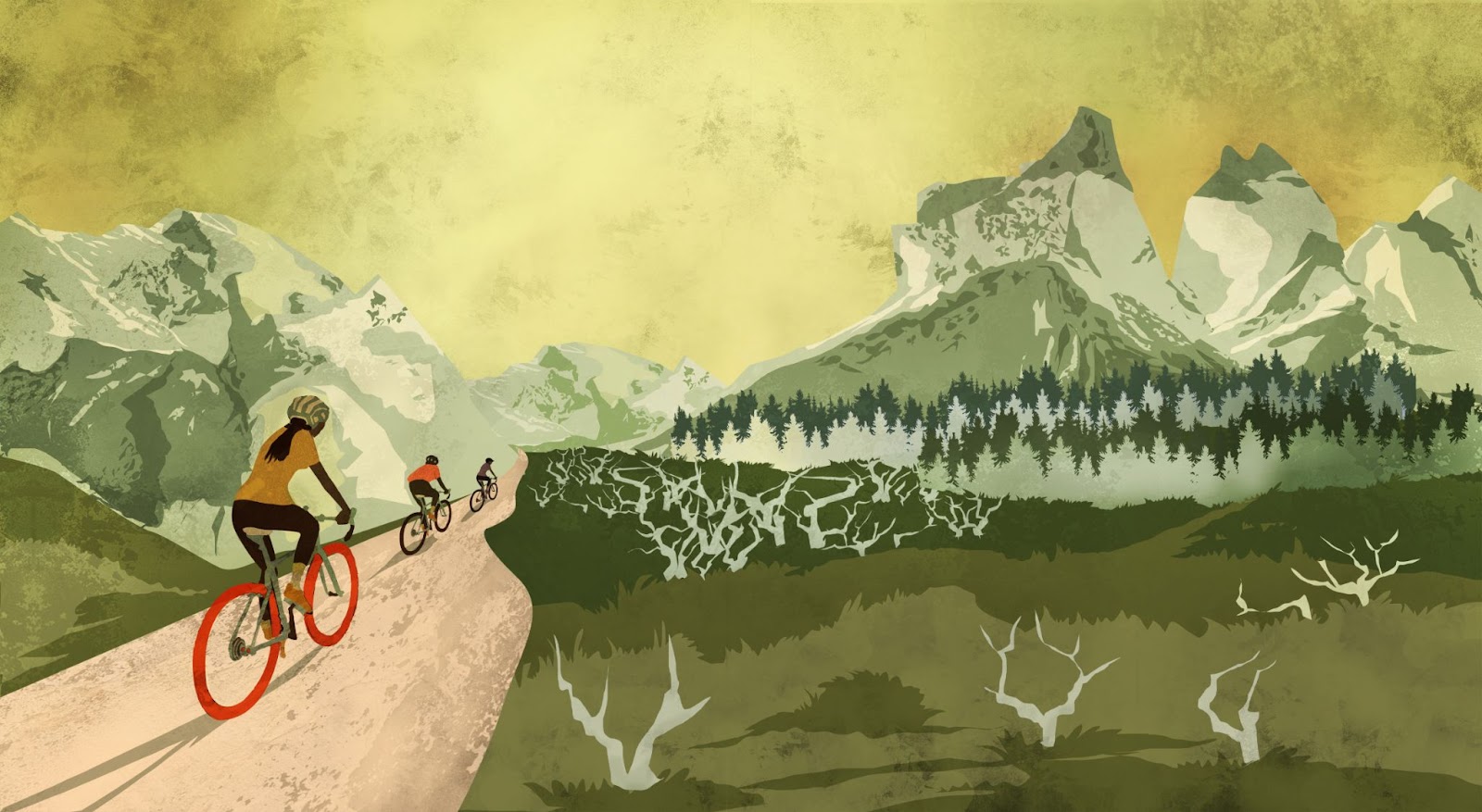 Is ethical consumption possible? Frankie Holt, the founder of Fierce Hazel, didn’t care to sit around and ask, she set out to help make it a reality. Frankie is an artist, cyclist, traveler, and photographer whose business is a reflection of herself. She began Fierce Hazel to create bags that served the planet and the people who make them.

Fierce Hazel is a Los Angeles–based company that creates lightweight sustainable bags. All their products are highly functional and durable. The first bags were originally designed for cycling but these high quality products are handy for any outdoor and travel minded adventurers.

The Start of Fierce Hazel

Frankie created the company out of her own experiences. Years of traveling by bike and creating a photobook documenting worldwide consumer culture informed the genesis of Fierce Hazel. She wanted to make a company whose products aligned with her beliefs. These beliefs crystallized gradually, as she learned more and more about the realities of production.

“I wanted to create the lightest bag on the market, and we’ve done that”

The intention and methods behind Fierce Hazel eventually came from a place of deep reflection and experience. The products though, came out of necessity. “I wanted to create the lightest bag on the market and we’ve done that” she proudly said. Frankie designed the Echelon All-Conditions Ride Pouch first. It’s a simple and durable bag to keep things organized in a sleek design. Frankie couldn’t find them anywhere, so she decided to make them herself. That was the beginning of the business, and it started rolling from there.

One of Fierce Hazel’s guiding philosophies is “Do More of What Makes You Happy”. These seven words have a story behind them. Frankie didn’t find her joy until her forties, when she discovered a new sense of freedom from cycling. She realized happiness could be a choice. She acknowledged that on the surface it sounds naïve, but maintained “it takes effort, but you can choose to make your life better”. This doesn’t mean it’s simple. She admitted she still struggles sometimes to remember to choose happiness, even if it just means giving herself a day off to go for a long bike ride.

“Being nice to people is always mission one”

Cycling is her center. Once she hopped on the bicycle seriously for the first time in her forties, she started moving and didn’t stop.  Frankie traveled to Paris, Southeast Asia, biked the Italian alps, and much more. The markets and shops she saw inspired her to create a photo book documenting consumer culture worldwide. She began to believe firmly in the importance of ethical production, for the environment and for people. This firsthand, global experience allowed her to form a company that practiced what it preached. It started with people over profits, which meant to her “being nice to people is always mission one”.

Fierce Hazel believes in putting people first. This extends to people at all stages of the production process, not just customers. Frankie traveled to Vietnam after failing to find an American factory that could make bags to her standards. She stayed for a week once she did, to see the working conditions in the factory. The factory she chose paid a living wage, provided lunches, and employed their workers from 9-5:30. This factory and Frankie began to build a beneficial relationship that blossomed into collaboration. This relationship would pay off on the design of the Evolution Convertible Backpack. The factory foreman presented the first prototype sewn from discarded fabric when Frankie told him about her idea to make a backpack. It became an example of the collaborative process she’s experienced throughout her time partnering with the factory.

Fierce Hazel is sustainable as much as possible at every stage. They make bags out of materials from the factory floor that otherwise would be thrown away. This means making bags doesn’t have to create more waste. They use 100% sustainable packaging materials, including kraft paper bags made from 80% post consumer waste. The bags used for customer shipments are compostable or recyclable. Even their factory shipments are sent with almost no plastic, cutting out single use materials at every step they can.

Fierce Hazel encourages people to explore more and to live fiercely. They make their bags with the aim of creating one less thing to think about to stop people from getting out there. Frankie knows that ethical consumption isn’t all or nothing all the time. People shouldn’t feel bad if their clothes aren’t 100% thrifted or if they don’t have all the “right” gear. She wanted to create a company that encourages people of all sizes, ages, and backgrounds to get outdoors. Cycling and outdoor sports are slowly becoming more inclusive, and Fierce Hazel wants to help drive that. It’s a welcoming company, and a lot of that comes from how warm and inviting Frankie herself is.

Fierce Hazel is both an extension and a reflection of Frankie Holt. It is a business that is holistic and thoughtful. It’s not just ethical or sustainable at one step in the process, but considers the big picture. The bags are tough and durable. Frankie’s road to creating the bags was by no means a smooth one and the bags reflect that resiliency. She’s a person who is undoubtedly tough, but still refuses to be hardened by the world.

The products are intentional and functional. Every part of the bag is meticulously designed, because as Frankie says, “she started Fierce Hazel because she likes to be super organized”. More than anything, the bags are an extension of her immense compassion.

Frankie genuinely cares about things. She cares about others, she cares about the planet, she cares about herself in a loving way. Her care is not performative or simple or cheap. There is no Instagram filter or sense of perfection about her. She wants to be more sustainable, and sometimes she’s tough on herself.  She acknowledges that ethical consumption isn’t all or nothing. Frankie cares about things in an active, imperfect, evolving, and most of all genuine way. Fierce Hazel bags are a reflection of this care in every step of the process. It is this care that allows Fierce Hazel to be the thoughtful company that Akers Digital is proud to partner with.